Best Ways to Reuse Old Smartphones and Why Is Recycling Beneficial to the Environment? 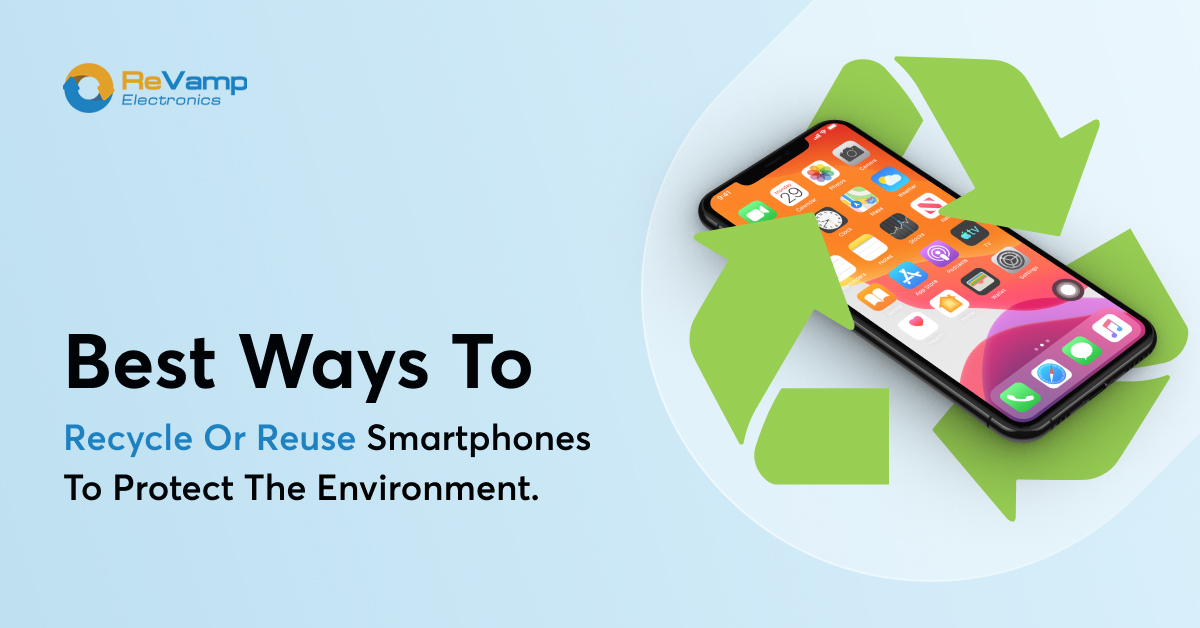 Phones may now use for a lot more than simply making phone calls. We've been using smartphones to run our lives since they introduce. They do anything from taking pictures of our best moments to informing us that it's a relative's anniversary on the calendar and even supporting us in achieving calm via meditation applications.

So, if you consider it, throwing your phone away or sell old broken phones when you believe you don't need it may be a risky decision. Mainly when it is still so much you can accomplish with it. Let's explore the best methods to reuse your old cellphone and why it's a better option for the environment.

As previously discussed, there are many methods to reuse an old phone. Recycling cell phones is simple and beneficial to the environment. Here are some of the best methods to put your old smartphone to good use again.

These days, almost every phone has a camera. Many of them feature high-resolution cameras. Some even feature cameras that are superior to those found in real cameras. It would be a mistake to dump away your old phone when you might use it to capture the next Photo of the Year.

If your current phone has a good camera, your new phone will not need one as well. Throw the phone in your bag when you know you'll need to capture a few moments, and you'll have a fully functional camera and a new phone for less money.

It didn't take long for device manufacturers to understand that a phone could also use to listen to music. Modern cell phones provide a plethora of music-playing choices. You can link them to Spotify, iTunes, and even Plex, allowing you to listen to music out of your library.

Therefore, if you have an old phone, don't throw it away. Instead, use it as a devoted music player. It's similar to an iPod, but you can do a little more with it if you want to. You may listen to your heart's delight while your new phone is free for calls by simply plugging it into your speakers or connecting through Bluetooth.

If your old phone is somewhat advanced and can link to 4G or even 5G cellular data connections, you might use it to cut a few wires and leave your costly internet service provider instead of dumping it away. Instead, for your requirements, connect to the cellular data network.

You must first get an unlimited cellular data sim card plan; otherwise, you will be unable to connect to the internet if you have a data cap. You should also be aware of the carrier's fair use policies since your connection may be constrained if you're using too much data. It is becoming a more common way of connecting to the internet without a conventional ISP and recycling your phone.

If the above options do not fit you, then getting money will be the best option. Rather than trashing an excellent phone by remitting it to the trash heap of obsolete technology, sell old broken cell phones for cash.

If you trade your phone online, you'll not only be helping the environment, but you'll also be putting a smile on your wallet's face. Trading in your phone is a far better method to reuse it than dumping it away or putting it in the back of a shelf. If you exchange, you may also purchase a new cellphone at the exact moment, saving even more money and helping Mother Nature in the process.

Why Is It Better For The Environment To Recycle Your Phone?

It surely doesn't need to say that throwing anything away instead of recycling it is harmful to the planet, but how does discarding your old phone harm the environment? Here are a few examples.

Did you know that the United States alone generates 13.1 megatons (approximately 14,000 big elephants) of electronic trash each year, according to the International Telecommunication Union? It happens, and if you don't properly dispose of your phone or other unwanted technology, you're contributing to the problem.

So, why is this issue worsening? You can observe perhaps why looking at some numbers. Every year, we waste about 125 million cell phones, just 20% of them being recycled. That means we add 100 million cellphones to the ever-growing mound of outdated technology in landfills every year.

It suffices to say that recycling an old phone saves energy over dumping it away and purchasing a new one. Consider that for a moment. When you purchase a refurbished phone, it is unnecessary to manufacture since it already exists and has previously belonged to someone else.

When it comes to producing mobile phones, the quantity of raw materials and eWaste generated is staggering, from the roll from mineral mining to the small pieces of copper and welding lead that don't make it into your phone. It's all starting to add up. That's not even considering the environmental effect of transporting the devices after the manufacturing process.

As you'll see, it's pretty simple to recycle your old phone. Even if you can't think of a purpose for your old phone, you can always sell it to a vendor to get rid of it and earn some money. Throwing your old phone in the garbage is something you should never do.

If you do this, you will be contributing to the massive piles of electronic trash that we seem to be amassing. However, it is also the responsibility of phone manufacturers to develop alternative production techniques to reduce environmental effects and guarantee that our desire for technology does not come at the cost of the world.

An easy, safe and convenient way to sell your used devices. We pay some of the highest rates in the industry. Get started!